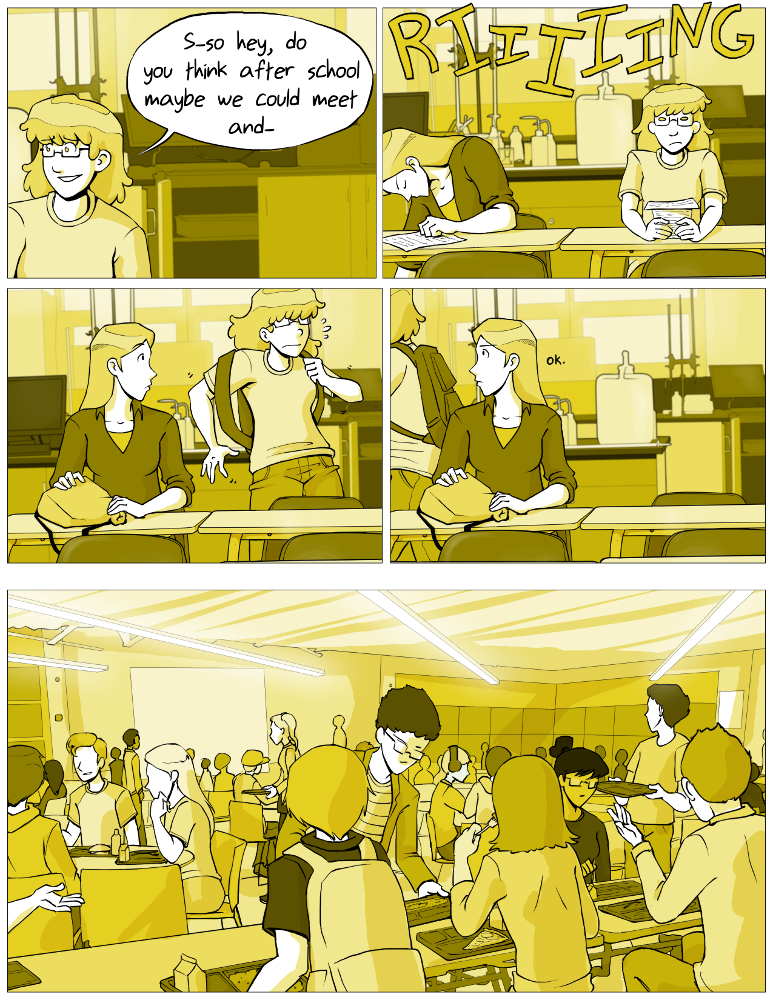 This page took longer than it should have. And then it took even longer because my brother’s grad party happened in the middle and then I got lazy and now I’m kind of behind on this comic already OTL.

In other news I keep getting more ideas for more comics and am really tempted to start a second webcomic but that would be a tERRIBLE IDEA. I could make it based on donations, though, which would encourage a less frequent update schedule. Unless you know I suddenly acquire a bunch of rich fans. But that would never happen.

I would love to help, but… That money’s going towards college.