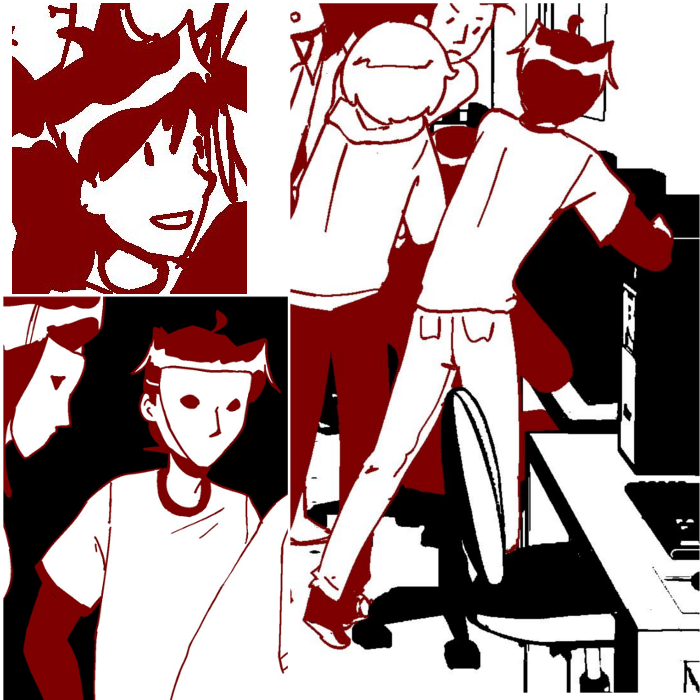 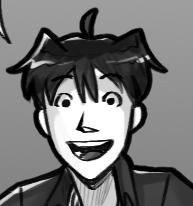 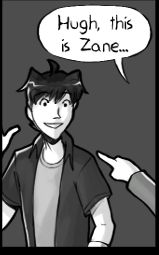 No Comments on NEW WEBCOMIC: The Roommate From Hell

I’m excited to announce my new webcomic has finally launched. Click the link below to check it out!

The Roommate From Hell

No Comments on HIATUS OVER

well that only took TWO YEARS.

First order of business is that the donation bar is still a thing. There is a survey here for what kind of rewards you want for that, along with TWC voting incentives. Please take a moment to fill that out. So far, feedback is pointing to some kind of new content, likely a short comic strip unrelated to the main storyline but still related to O:R. I have an idea for that, but I want to take a little time on the story. Rewards, in that case, will probably be a few pages of concept work while that is being done. We’ll see what kind of feedback comes in. I probably won’t start anything until the second half of June or the beginning of July.

Second, a lot of things still need to be updated, but I think most things have been fixed now to specify that the blog is only updating ONCE A WEEK. If you’re too impatient for such a slow updating schedule, feel free to follow the link above and then vote on “next week’s comic NOW” for the option of getting more pages based on TWC and donations. Still, as you may have noticed, the production quality of this comic has DEFINITELY gone up, so I hope you don’t mind the slowness. Hopefully I won’t ever go in hiatus again, too, so that should make up for it.

Third, if you’re ever bored while waiting anxiously for the comic to update, you can head over to some of the content I have for my other big comic project, Cursed. For now, you can just read over the official script (feedback is welcome). Later, a real blog to track progress and promote it will be made somewhere else on this website, but that hasn’t happened yet… Check the Links page as well as I occasionally leave updates on my other projects. I sure have a lot of projects….

Most importantly, if you’re an old reader, THANK YOU for coming back! And if you’re new, WELCOME, and enjoy.

I’ve also done a bunch of charcoal drawings but those were kinda lame.

No Comments on Official Hiatus

I give up. Blarrrrghhhhh. *rolls around on the floor*

I’m not going to complain because I know nobody wants to hear it. I have an email if you really care.

Well anyway, the comic is pretty much going on hiatus. I’ll still add pages as I finish them but a schedule is pretty much going to be nonexistent. I’m thinking once every two weeks or so. Sigh. If you care, subscribe to a RSS feed or something so you know when a new page is up.

Still, I’d hate for the site to go quiet, so I’ll still be adding TBD (to be deleted) pages when I draw interesting stuff in my classes or related to the comic. Also if you send in a fanart it will be posted there and then later moved to a permanent fanart page I’ll make if I get any. I’ll try to keep that going at least twice a week.

On the bright side, I’ve been working on some plot that will happen in a few chapters, so once we get there, at least we don’t have to worry about writers block.

Now if you’ll excuse me I’ve owed this thing a drawing for a few weeks, and I have a minecraft skin commission I never finished. And Anna, we never did finish that art trade did we?

Donation goal of $25 reached! Just in time for my buffer to run out!!

Well, I promised you’d get more pages, so you WILL get more pages! Just not right away! Tomorrow’s page is kind of just an announcement, but Wednesday’s is legitimate (though I may or may not have not actually drawn it yet). Therefore, Friday will be bonus page day!

Seriously, though, thank you so much to all the people who donated, I love you guys. Its that kind of support that really motivates me to keep working. And especially with all the stress from school right now, that’s something I really need.

Donation bar will reset to $30 tomorrow~

So I got nominated to do the ALS ice bucket challenge on Facebook, except there was no way I was actually going to do it. So I drew this instead. Yep.

No Comments on Update: Donation Bar

So you may have noticed this new thing on the right sidebar that looks like a thermometer thing with some numbers and a Paypal Donate button underneath? (Note: Remind me to do a custom drawing for that donate button later)

Whats up with that?

Well, you see, I am a college student, and college students are poor. I could get a job, but then I wouldn’t have time to do this webcomic. I could, like many other webcomic creators, make a Patreon account, but I simply don’t have time to set up incentives and milestones and do all of that extra stuff. So I came up with a compromise.

Donation bar bonus pages! Wait, what does that mean? Basically, every time the bar is filled, a new page is posted the next day (or two). So if you really want to find out what happens next, you can pay your poor starving artist to make more pages. The comic will still update twice a week like normal, but anything after that requires the donation bar to be filled.

It is to be noted that the exact price required to fill the bar will vary. Sometimes, when I have plenty of free time, it will be as low $30, while other times it can shoot up as high as $100 because I simply wont have enough time to draw bonus pages anyway (finals week anyone?). The lowest it will ever go is $25, though, because thats how much I would make per page if I paid myself minimum wage. Price changes will occur each time the bar gets filled, I won’t change the price in the middle of filling the bar.

The donation bar itself needs to be updated manually because reasons. So if you donate you wont see the results right away. But I’ll do my best to keep it up to date.

No Comments on New Headers

I added a few new headers to the site! They’re a little spoilerific but I don’t care because I’ve been working really hard on the plot and just really wanted to draw these guys okay?!?!

You’ll get to meet some of them in about two chapters. Or earlier if I can figure out a way to work it into the next storyline but I need to do some stuff with sticky notes before that happens.

Also I’ve been working on this a lot I think you should look at it.

No Comments on Update: Page 100

Hey guys we’re coming up on page 100 soon, any special requests for what I should do? I was thinking of just coloring it…

Also I’m working on a cast page because why not, it will be launched at the same time as page 100, hurray!!

No Comments on End of Hiatus

Yaaaaay!! We’re updating again! This time with new and improved art! It might take a while before we actually get to the better art though. I TOLD you I was still working during the hiatus!

Also, expect some changes soon, like the addition of a Cast page, revamping of the Links page, and a bunch of new headers! Maybe even a real background, who knows?